By clicking the Listen button the text will be read out in full. To stop this, click the button again. To listen to certain parts of the text, simply highlight the text to hear the audio. More information
A+
large
A−
small
invert
colour
reset 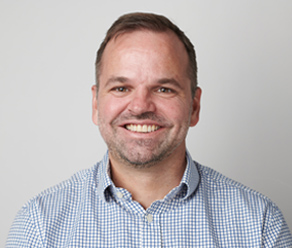 Gareth began his career as a graphic designer in Durban, South Africa. After migrating to England, he further developed his leadership skills and expertise in design, branding and communications at various agencies. Since moving to Australia, Gareth has worked in-house leading several award-winning teams. He is passionate about using his broad skill set to achieve positive change and help resolve the issue of young people in aged care.